Purchase your Sphynx Kitten with the convenience of PayPal

Its always best to contact me before placing a deposit

to confirm availability of kitten. Thank You!

History of the cat breed.

Although hairless cats have been reported throughout history, breeders in Europe have been working on the Sphynx breed since the early 1960s. Like so many other feline breeds, the present day Sphynx line has been a creation of the simultaneous work performed by nature and many committed, competent individuals. Two different sets of hairless felines discovered in North America in the 1970s provided the foundation cats for that which was shaped into the existing Sphynx breed. The contemporary breed of Sphynx, also known as the Canadian Sphynx , is distinct from the Russian Sphynx breeds like Peterbald and Don Sphynx .

The current American and European Sphynx breed is descended from two lines of natural mutations:

Dermis and Epidermis (1975) from the Pearsons of Wadena, Minnesota , USA.

Bambi, Punkie, and Paloma (1978) found in Toronto, Canada , and raised by Shirley Smith.

The Canadian Sphynx breed was started in 1966, in Roncesvalles, Toronto when a hairless kitten named Prune was born to a black and white domestic shorthair queen (Elizabeth) in Ontario, Canada. The kitten was mated with its mother ( backcrossing ), which produced one more naked kitten. Together with a few naked kittens found later it founded the first attempt to create a hairless breed.

After purchasing these cats in 1966 and initially referring to them as "Moonstones" and "Canadian Hairless," Mr. Ridyadh Bawa, a science graduate of the University of Toronto , combined efforts with his mother Yania, a long time Siamese breeder, and the Tenhoves (Kees and Rita) to develop a breed of cats which was subsequently renamed as "Sphynx". It is apparent that the Bawas and the Tenhoves were the first individuals able to determine the autosomal recessive nature of the Sphynx gene for hairlessness while also being successful in transforming this knowledge into a successful breeding program with kittens which were eventually capable of reproducing.

The Tenhoves were initially able to get the breed Provisional showing status through the Cat Fanciers' Association (CFA) but ultimately had the status revoked in 1971 when it was felt by the CFA Board that the breed lacked both a consistent standard and an adequately broad gene pool.

The first noted naturally occurring foundation Sphynx originated at the Wadena, Minnesota farm of Milt and Ethelyn Pearson, who identified hairless kittens occurring in several litters of their Domestic Shorthair (DSH) barn cats in the mid-1970s. Two hairless female kittens born in 1975 and 1976, Epidermis and Dermis, became an important part of the Sphynx breeding programme and further hairless cats were found in Texas, Arkansas, and Minnesota. Modern Sphynx, therefore, trace their origins to the second Canadian bloodline and to the Minnesota cats.

The first breeders had rather vague ideas about Sphynx genetics and faced a number of problems. The genetic pool was very limited and many kittens died. There was also a problem with many of the females suffering convulsions . The last two descendants of Prune, a brother-sister pair, were sent to the Netherlands in the 1970s, but the male was uninterested in mating and the female conceived only once, but lost the litter .

The breeding program of these pioneers withered after this time with the final traceable Bawa line cats : Mewsi-Kal Johnny, Mewsi-Kal Starsky (Hugo Hernandez, the Netherlands) and Prune's Epidermis (David Mare, California), were unable to produce sustainable lines prior to being altered in the early 1980s.

In 1978 and 1980, two further hairless female kittens were found in Toronto and were sent to the Netherlands to be bred with Prune's last surviving male descendent. One female conceived, but she also lost the litter. By then, the one remaining male had been neutered , never having been interested in mating with any of the females. As a result, no modern Sphynx cats are traceable to Prune. With no male Sphynxes, breeders instead used sparsely-furred, Devon Rex studs .

In the early stages of the breed crosses with Devon Rex were used, but later this crossing was frowned upon because it caused health problems. Now the Canadian Sphynx is a breed with a sound genetic pool. Outcrossing is still permitted using guidelines set down in the "standards" from each Feline Association around the globe.

Though Sphynx cats lack a coat to shed or groom, they are not maintenance free. Body oils, which would normally be absorbed by the hair, tend to build up on the skin.

As a result, regular bathing is usually necessary on a weekly or bi-weekly basis. Care should be taken to limit the Sphynx cat's exposure to outdoor sunlight at length, as they can develop sunburn and skin damage similar to that of humans. In general, Sphynx cats should never be allowed outdoors unattended, as they have limited means to conserve body heat when it is cold. In some climates, owners provide coats or other clothing in the winter to help them conserve body heat.  While they lack much of the fur of other cat breeds Sphynx cats are not necessarily hypoallergenic . Allergies to cats are triggered by a protein called Fel d1 , not cat hair itself. Fel d1 is a tiny and sticky protein primarily found in cat saliva and sebaceous glands. Those with cat allergies may react worse to direct contact with Sphynx cats than other breeds. However, conflicting reports of some people successfully tolerating Sphynx cats also exist.  These positive reports may be cases of desensitizing , wherein the "hairless" cat gave the owner optimism to try to own a cat, eventually leading to the positive situation of their own adaptation. [ citation needed ]

Sphynx cats can also have more ear wax than most hairy domestic cats because they have little to no hair in their ears to catch and protect them from a build up of impurities in their ears, like dirt, skin oils (sebum), and ear wax which accumulates more frequently in the hairless sphynx breed. The Sphynx cat's ears will need to be cleaned  on a weekly basis, usually before bath time.

The Sphynx breed also tends to accumulate oils and debris under their nails as well as the skin fold above the nail due to the lack of fur, so, like the ears, the nails and surrounding skin folds need to be cleaned properly as well. Due to these factors the breed may require more grooming than a typical domestic cat with fur. 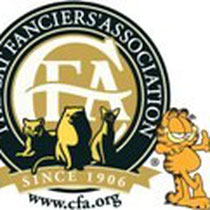 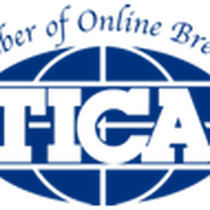